European immigrants brought artichokes to the United States in the nineteenth century, first to Louisiana and later to the coastal regions of northern California, where the cool, foggy climate has proven ideal for their cultivation.

A single artichoke is the unopened flower bud from a thistle-like plant. Each cone-shaped bud consists of overlapping outer petals that are tough and inedible at the tip, but tender at the base; an inedible choke and the edible artichoke heart.

Artichokes are low in calories and full of nutrients like fiber, vitamin C, folate and magnesium. They also contain some of the highest levels of disease-fighting antioxidants among fresh vegetables. 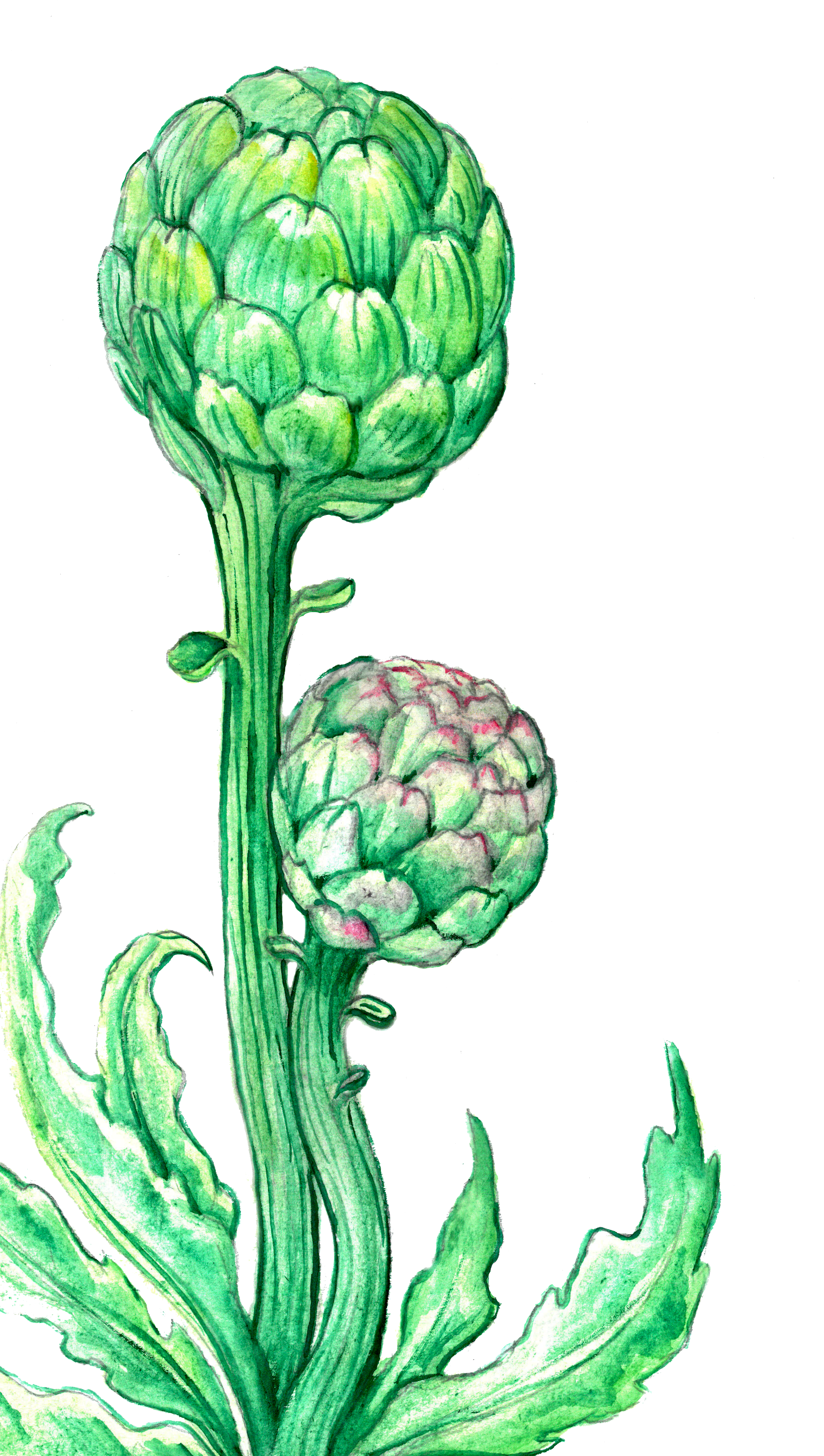 How to Prepare and eat an Artichoke

2. Using a soft kitchen brush or cloth, brush down the artichokes to remove the bitter, natural film on the outside of the petals.

3. Remove the lower petals and cut the stem even with the bottom of the artichoke.

4. Cut the top inch off the artichoke using a serrated knife.

5. Set the artichokes in the bottom of a pot. Add 1-2 inches of water. Bring water to a boil and turn down heat so the water remains at a low simmer. Cover pot and cook for 25-45 minutes, depending on the size and number of artichokes. To test for doneness, pull on a leaf. If it comes away from the artichoke easily, it’s done.

6. To eat artichokes, pull off the outer petals one at a time and dip the white, fleshy end in melted butter or sauce. Place in your mouth, dip side down, and pull through your teeth to remove the soft, pulpy portion of the leaf. Discard remaining petal. As you get near the center, the petals become more tender, and a greater portion of each leaf is edible.

Dip Ideas:
Melted butter, plain or with a bit of minced garlic, chopped parsley or mint.
Olive oil, white wine, lemon juice, garlic and cracked black pepper.
Plain yogurt with pesto.
Mayonnaise, or ½ yogurt and ½ mayonnaise, with salt and pepper
and herbs as desired.
A mixture of maple syrup,
mustard, and tamari.

Explore the rest of the January 2019 Issue