Cilantro can be polarizing, as different people may perceive the taste differently. Those who enjoy it say it has a refreshing, citrus-like flavor, while those who dislike it may characterize it as having a soapy taste and smell.

What we commonly refer to as cilantro is the leafy green portion of the plant, and coriander is the dry fruit, or seed of the plant.  In other areas of the world, the plant leaves are known as fresh coriander and the seeds as coriander seeds.
Organic cilantro is available at the Co-op year-round.  Wild Rose Farm supplies the Co-op with local cilantro through the spring and summer.  It starts appearing in the stores in April or May, depending on the weather and the year’s crop. When selecting a bunch, look for one with unwilted leaves in medium green.

Cilantro can be stored in the refrigerator for a week or more.  Simply cut the stalk ends and stand upright in jar of water. Change the water every couple of days and remove any wilted or yellowing leaves. 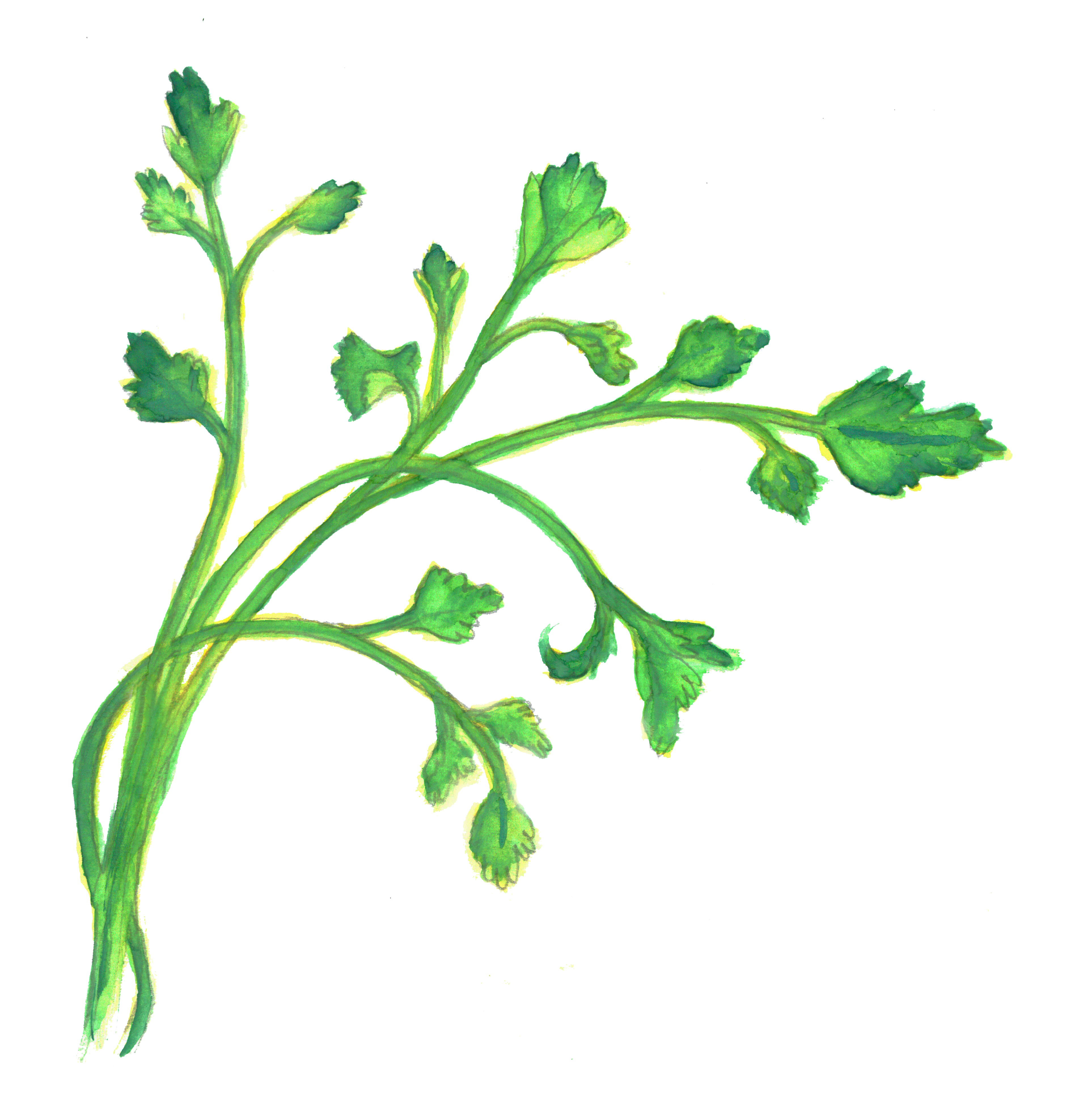 All parts of the Cilantro plant are edible, but the fresh leaves and coriander seeds are used most in cooking.

Explore the rest of the April 2019 Issue