The Board Decides No More Live Lobster. By Mo Burke, Former Board President 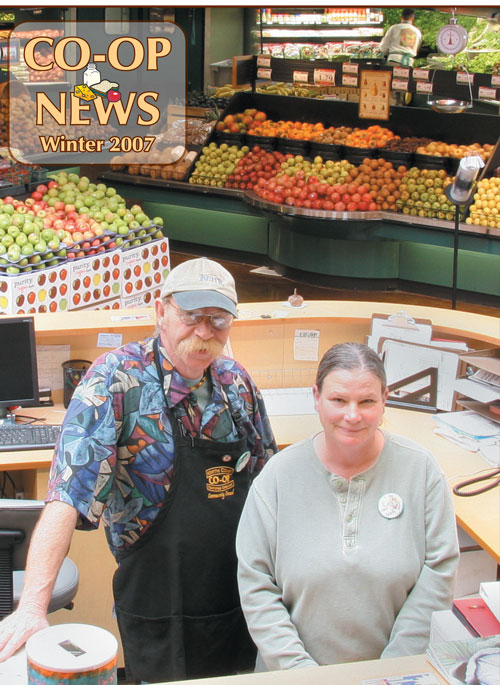 Article from the Winter 2007 issue of the Co-op News.

I’ve been asked to say more about the recent board decision to stop selling live lobster at the Eureka Store. I understand there are questions about how to interpret this foray into merchandising and whether this decision is indicative of the board’s perception of its continuing role in store operations.

Simply said, it means the Co-op will not sell live lobsters or buy them to cook on-site for sale. It does not mean the board will be deciding what products to carry in either store. It does not mean the Co-op will stop selling live shellfish or cooked crab. It does not mean that we will stop selling products that are made out of state, out of the country or in Maine. It is also not a comment on the decision to install the tank in the first place. It simply means that as a policy we will no longer sell live lobsters or participate in cooking them.

Why individual board members supported this motion, I cannot say. But I can say such a motion is unique in my memory. So why lobsters? There are a number of arguments. We heard about ethical treatment of animals, with focus on the starvation of lobsters on the way to the kitchen. We heard a lot about democracy. The board did not speak to the philosophy behind the decision. I can tell you, however, that no other issue in my 16 years as a member/owner of the Co-op has elicited such an outcry from our fellow members.

And speak out they did. Approximately eighty members came to a Annual Meeting, one chilly Sunday in October. When polled, ONE member supported the tank. At the board meeting, maybe 35 people squeezed into the Arcata Hotel conference room, and ZERO supported the tank. Of the 97 members who commented to the Eureka Store Managers for the “Lobster Log,” 95% opposed the selling of live lobsters. We heard stories of owners boycotting the Co-op, withdrawing shares and investments. I can not say that there are a number of people who have to express something before the board will act, but I do know that listening to owners and staff members is not going to stop.

On a related note, an owner called me irate about the board decision and related the following story: He was elated about getting to have lobster almost every Friday and asked an employee if they’d always be there, are they seasonal, and the like. The reply was “Oh yeah. They’re selling, were making a profit and that’s the bottom line here”. I can see how that message may have gotten through, but if there is any broader message coming out of the lobster decision, it is that making money is far from the Co-op’s ONLY goal.

This board considers co-operative values, from community ownership to
informed choice, to be the Co-op’s competitive advantage. Values are, after the bull market for organics slows, both our history and our future. We need not agree, but we can build a tent large enough to serve us all.

Explore the rest of the January 2020 Issue

From the Co-op News Archive, Summer 1982: Why Must The Co-op Be More Than a Community Store?

Buy Local or Buy Organic? Top 10 Reasons to Buy Both

Start Now to Grow Your Own